The past few years we have made burgers for Thanksgiving, but this year we decided to switch it up and go a bit more traditional. I won’t lie we didn’t really make anything from scratch (other than the Brussels we roasted and ate for breakfast 😀 ), but the meal ended up being pretty delicious!

We had both sweet and regular mashed potato. The mashed potato ended up being our favorite out of these two-although I will say that the mashed potatoes weren’t as garlicky as I thought they would be? 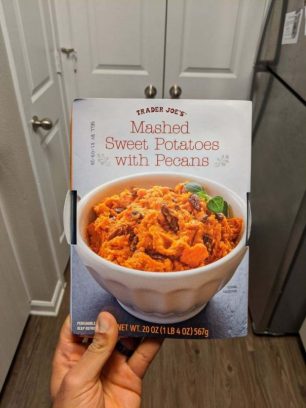 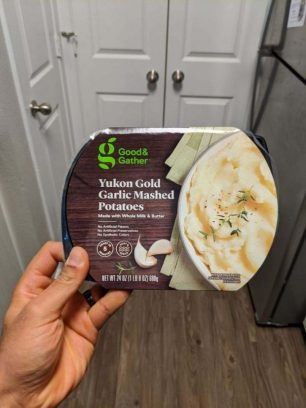 A corn casserole dish…or as Trader Joe’s calls it Corn Pudding. This was interesting in that the top was the texture of flan.

We obviously had to have gravy and were super pleased to find that Good & Gather had made a turkey gravy. This was super umami in flavor and really brought the meal together. 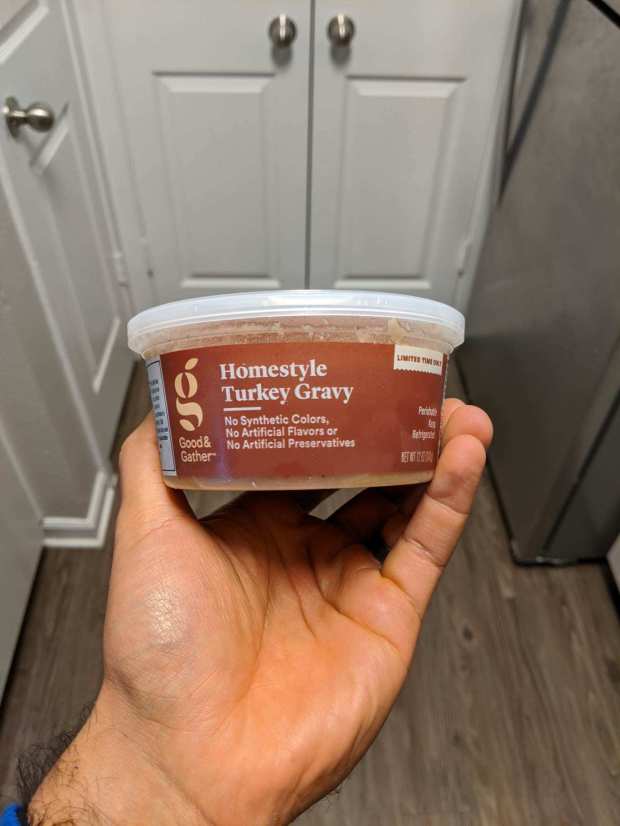 Plus turkey and rolls 🙂 I won’t lie the turkey was turkey to me because I am usually in it for the sides, but who isn’t? 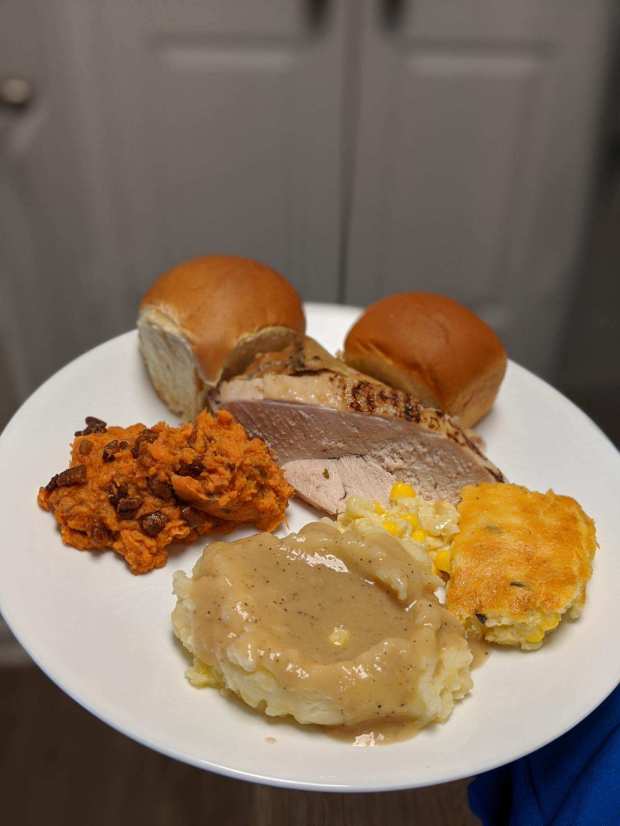 Later on we made sandwiches with the rolls and leftovers and again I felt like the slight tart/sweetness from cranberry sauce would have taken it up a few notches. I guess we know for next time!

For dessert we had decided on pies and went for a slice of apple and a slice of chocolate mousse-both of which were really good! 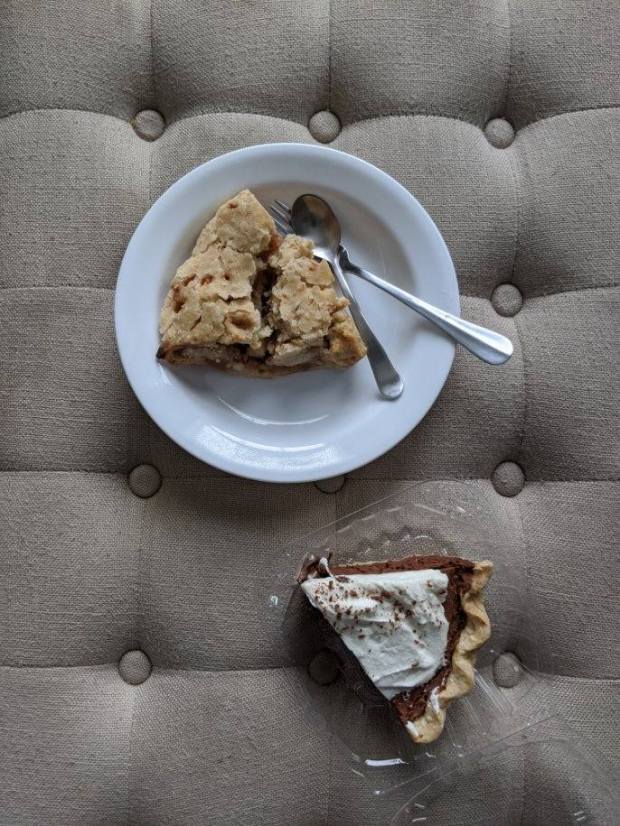 That concludes our Thanksgiving meal, but I can’t conclude without giving hubby a big shoutout for these pictures! Thank you babe for taking these ❤️

How was your Thanksgiving and what did you guys end up eating? Let me know in the comments!

2 thoughts on “What we ate on Thanksgiving”